Little Thingz
Cart
You have no items in your shopping cart
Spend €45,00 for free shipping
Checkout

Little Thingz has a wide range of Snurk bedding. With a nice Snurk duvet cover your children can dream away in their new duvet.

Since 2007, Peggy van Neer and Erik van Loo, better known as SNURK, have been responsible for creative and especially fun bedding. In order to draw attention to the foundation “Young homeless people in the Netherlands”, Peggy had been playing for a while with the idea of ​​a duvet with a print of cardboard boxes. Together with her partner Erik, she came up with "Le-Clochard" and "Le-Trottoir", a duvet cover and fitted sheets in the form of a cardboard box and sidewalk. The entire collection was sold out in no time and Snurk was born. Meanwhile, Snurk bedding conquered the whole world.

Snurk bedding is made from 100% cotton. Only top quality cotton is used. Only percale and percale cotton are used for the production of their bedding. Snoring bedding is therefore more durable, softer and smoother. As icing on the cake, Snurk bedding is given a special anti-shrink treatment. A Snurk duvet cover will continue to fit on your comforter. Even after washing. 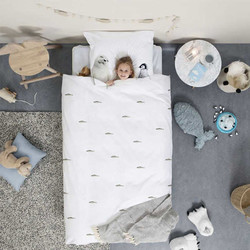 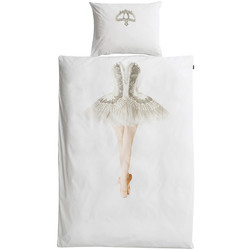 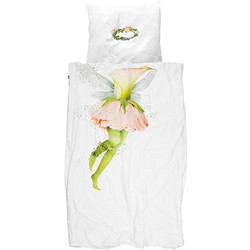 Duvet cover Fairy Snurk
€59,95
In stock
Add to cart
Ordered before 12h, shipped the same day
Gift packaging
Free delivery from €45 in BE/NL
Filter your products
Please accept cookies to help us improve this website Is this OK? Yes No More on cookies »